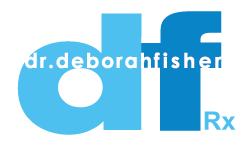 I have suffered from Rosacea for several years. It caused me great distress because of its disfiguring effect. I have fine skin so anything shows. I was getting to the point I did not want to go out and meet people. After my first laser treatment, I was truly amazed. The worst of the spider veins were eliminated and the overall appearance was greatly improved. It was virtually painless, just a little zapping and the effect on my self esteem and confidence was dramatic. I was stunned by how effective such a simple procedure could be.